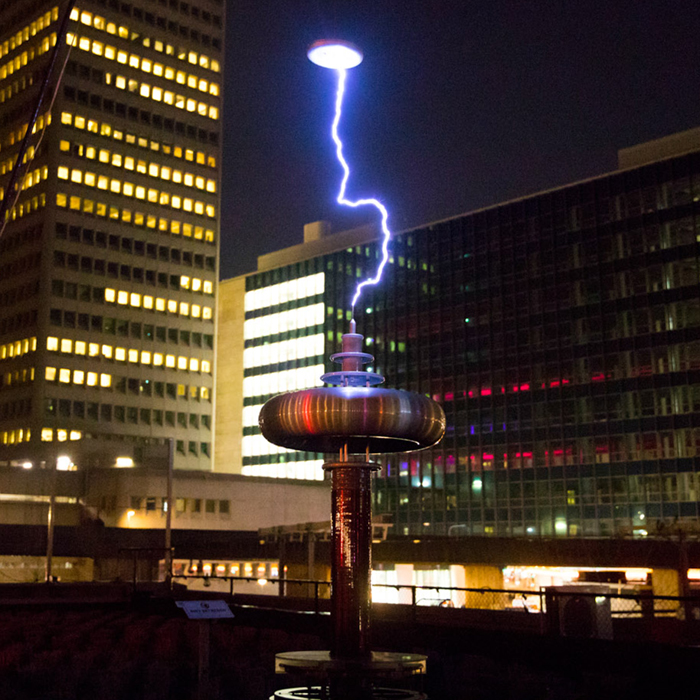 Neo is the first big teslacoil joining the Symphony of Fire orchestra.

Neo is "the chosen one" and is well known for its thick white beam of lightning. He now plays multiple tones at the same time which are tight and loud! Neo makes it possible for the Symphony of Fire orchestra to play for a bigger audience. 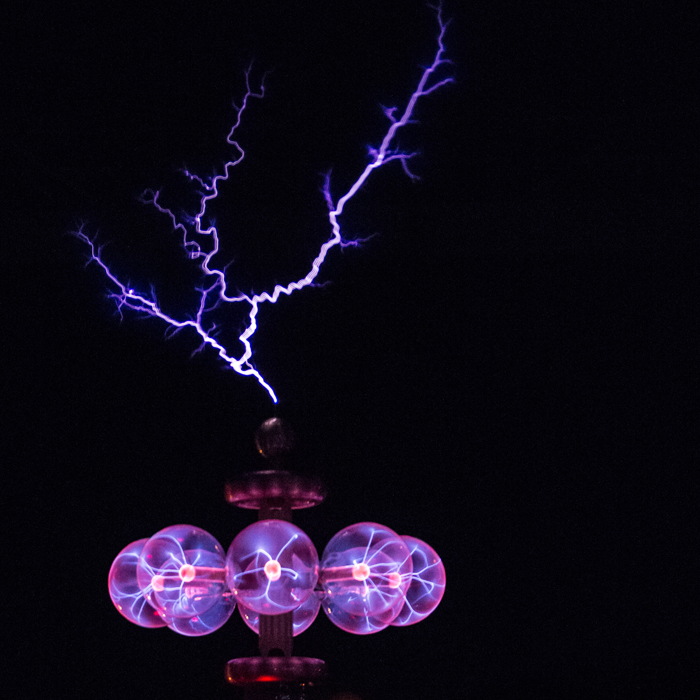 Ezzmeralda is the latest teslacoil joining the Symphony of Fire orchestra.

Ezzme is breathtaking and is well known for her purple multiorb lightnings. She now plays multiple tones at the same time in the mid and high octaves. Ezzme makes it possible for Neo to focus on the basstones while she plays the high notes. 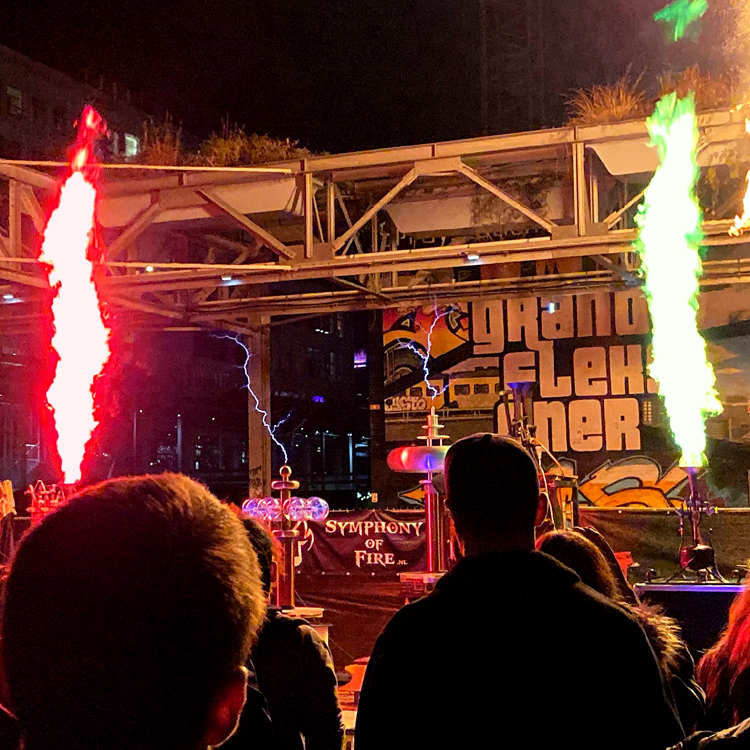 Hissius and Hissteria are two egged twins (dizygote) born at "Midwinter's Night 2016". This brother and sister look very much alike and most things they do together. 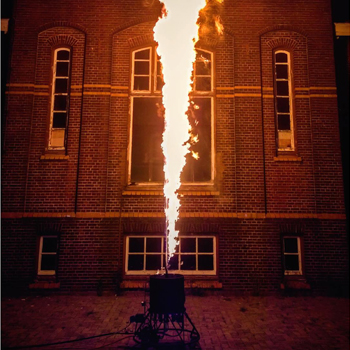 Named after the god of fire, volcanoes and metalworking, Vulcan is the son of a world war two flamethrower. Raised to follow in his fathers footsteps, Vulcan soon discoved he was a pacifist with a natural talent for dancing. Combined with his unique ability to bursting in flames, a dance by Vulcan can only be described as "Ooooohhh" and "Aaahhhhh".

Vulcan is secretly in love with Rosie. 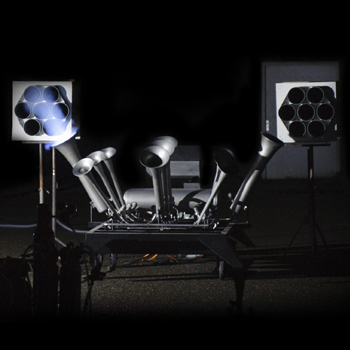 Infamous for handling situations with brute force, Brutus' thunderous voice and danceable beats will awaken primal feelings of awe in anything with a heart beat. 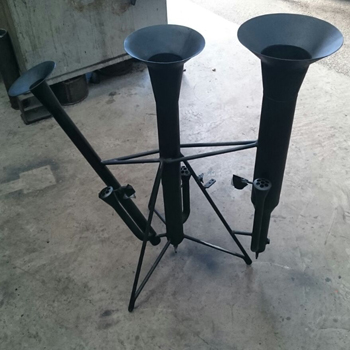 Bambam is Brutus' little cousin (not his son as this nickname suggests). He "only" has 3 barrels and is able to play kick, tom and snare just like Brutus!

Brutus can be quite crude and lazy and only comes out to play at the bigger parties. Bambam however is always willing to play at a show. 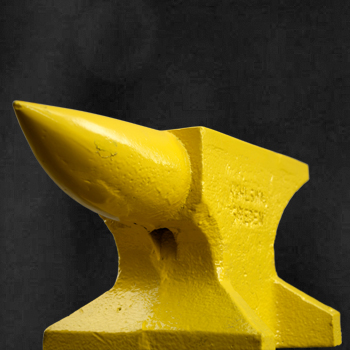 We have a saying "The show isn't over until Mr Yellow sings". Who is Mr. Yellow? Mr Yellow is a heavy swedish Anvil with no musical talent what so ever. In fact the only way one could make Mr Yellow sing would be to hit him with a hammer, but as far as we know no one has ever done this and lived to tell the tale.

Mostly Mr Yellow just hangs around during the show making everyone wonder what he actually does until they discover his true talent. Timing. 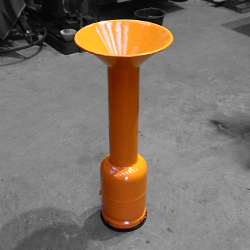 Nicknames:
"Carbid cannon"
"Agent Orange"
Visuals:
He's orange!
How high can he kick the ball?
Sounds:
boem of BOOM !!! you never quite know.

Shooting with carbide is a Dutch tradition that is most commonly known in the eastern parts of The Netherlands. Agent van Oranje with his intense orange color, will loudly make sure, you know when the national anthem is finished and it's SHOWTIME !

Agent van Oranje is very patriotic and was once a secret agent for the Dutch secret services. He likes a big bang, Dutch traditions and soccer. 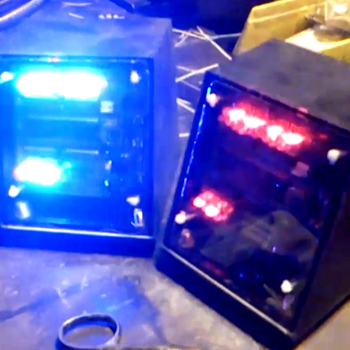 Refugeed and adopted by Symphony of Fire in 2015, the Luminions are voiceless servants with perfect timing and a talent for putting whoever they serve in the right light. We are still unclear on the exact details, but as far as we understand the Luminions use to be slaves to a mean demon lord with a bad temper.

Still scared of retribution, they generally stay close to the bigger machines and enjoy their protection.They show their gratitude by making their protector shine. 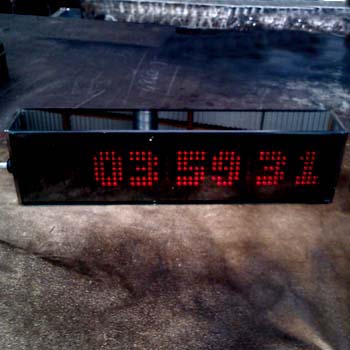 T-Minus used to be a regular clock, but he was considered faulty because he liked counting down more than counting up. Symphony of Fire doesn't mind, in fact it can be quite usefull letting the people know how long before the show starts.

T-Minus hates being late and gets nervous when it's almost time. 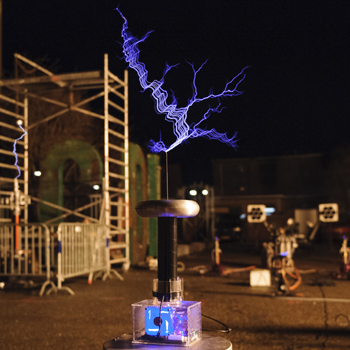 Sparky is the first and probably the smallest teslacoil to join the Symphony of Fire orchestra.

Sparky is known for his awesome white/purple lightning and beautiful melodies. He is a great asset to the Symphony of Fire orchestra. 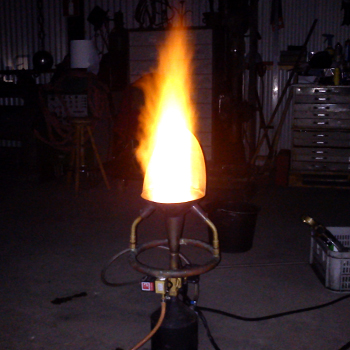 Believed to be related to Vulcan, Hisshiss joined Symphony of Fire on the 5th of April 2015, during a ritual Easter fire. Small of composure with a snappy white flame seeing Hisshiss in action is a dazzling and hypnotic experience.

Respected by Brutus for his fast, perfectly timed rhythms, Hisshiss and Brutus get along like a house on fire.